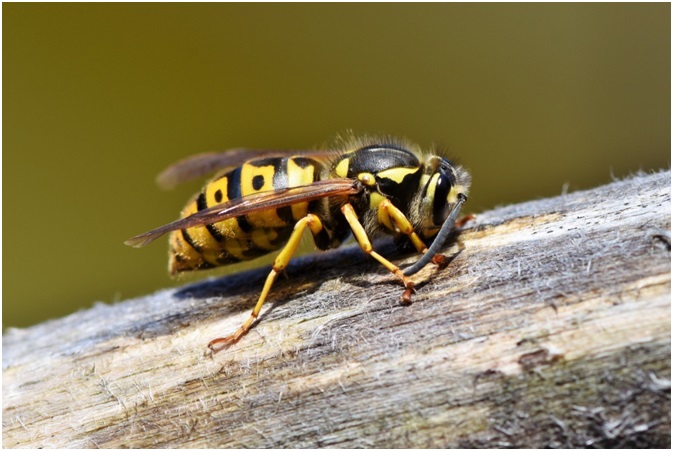 Most people dread encountering wasps or hornets when they are on a leisurely sojourn. And they have a good reason because one sting from these insects condemns you to bouts of immense pain. Did you know that close to 1109 people have lost their lives to these stings?

That is one of the wasp facts that is guaranteed to send you into panic mode. The scariest thing is that these wasps can choose to live side by side with you at home. However, it’s possible to get rid of the wasps from your home by seeking professional help.

So, have you been dealing with a wasp problem that doesn’t seem to be going away? Get acquainted with these facts for more information.

Wasps are common throughout the country. They are social insects that build their nests inside tree cavities, cracks in the walls, roof spaces, barks of trees, and special nests in the soil among others. The social species of wasps have a queen who’s larger than the rest of the members.

The queen is responsible for identifying and starting the construction of a new nest each year. Normally, the queen comes out of hibernation in Mid-April and begins the search for the fresh nest.

Upon finding it, she broods the first set of worker wasps until they hatch. These workers then take over the nest-building process from the queen.

The queen continues with the task of laying extra eggs for further broods as the nest-building proceeds. The more the queen lays eggs the greater the expansion of the workforce. The quintessential wasp nest is up to 30 centimeters across and it boasts of around 3,000 to 5,000 individuals.

Wasps lack glands for producing wax, unlike honeybees. They build their nests by gathering wood fibers from weathered wood and other plant debris. These wasps then mix the fibers with saliva and chew them for softening.

The resulting by-product is a paper-like material that the wasps utilize in constructing combs for brood rearing. A big workforce hastens the construction of the nests. However, wasps become slow constructors as the cold season approaches.

The workers become more aggressive and intolerant towards anything they perceive as interfering with their nests during this period. When winter finally kicks in, all the males and worker bees die leaving the queen by herself.

Wasps and bees primarily sting people when they feel threatened. The perception of a threat often occurs when someone nears their colony. However, this isn’t the only reason that elicits these aggressive emotions in wasps.

The smell from certain home products or body perfumes may push these insects to attack you. When a wasp or a bee stings you, it injects venom beneath the skin. Some species produce venom that contains pheromones which stimulates more members from the colony to come and attack you.

Bees die after they sting you because of their barbed stingers. The stinger tears off and kills the bee when it tries to escape after stinging you. Wasps on the other hand have smooth stingers. They can withdraw them easily from their target after the initial attack and sting repeatedly.

The venom from wasp and bee stings varies depending on the species. But generally, the venom contains a mixture of toxic components and antigens. The mixture induces immune responses of varying severity.

For most people, the response is a localized reaction that reddens the skin and causes pain. The painful sensation lasts for a few hours then it disappears. But in some cases, the reddening and pain persist for up to a week.

Stings from bees and wasps can be severe in rare cases when it results in anaphylaxis. This condition can result in fatal cases as it causes breathing difficulties. Call for wasp removal services if you spot any nest around your property to be safe.

The mud dauber species falls under the solitary wasp family. This family of wasps doesn’t have workers, unlike their social counterparts. Therefore, the queen usually looks after the young ones in a single nest over the entire lifecycle.

The mud dauber is a familiar species of wasp that you’ve probably encountered. They are medium to large, have metallic blue-black or shiny black slender abdomens, and they build their nests using mud.

They are popular because they like to build their nests on structures. Look for a nest that’s attached to a vertical or flat surface with a finger-like design if you want to spot the mud dauber wasp. Luckily, these wasps aren’t aggressive towards humans, they’ll only attack if you corner them.

4. Wasps Can Be Beneficial: A Little Known Wasp Facts

Wasps are not the monsters that we assume they are. They are quite handy to have them around especially if you own a big farm. This is because almost all of their species are good at the biological control of pests.

Wasps prey on the more destructive pests like caterpillar populations that wreak havoc on agricultural farms. It’s not a bad idea to leave a wasp nest intact on your farm when you spot one so long as it doesn’t bring any discomfort. Besides, the wasps won’t be there forever, they’ll abandon the nest after some time.

5. You Can Treat Wasp Stings at Home

It’s possible to treat a regular wasp sting at home by following the below procedure:

Wasp facts help you to better understand the wasp family. Contrary to popular belief, wasps aren’t as hostile as people imagine them to be. They are even beneficial in some instances like pest control for an agricultural farm.

However, if you have a wasp problem at home, get a specialist to help you remove or relocate the nest to a better location. Trying to do it yourself will inadvertently provoke the wasps into stinging you as a defense mechanism. Discover more articles like this by browsing through the website.