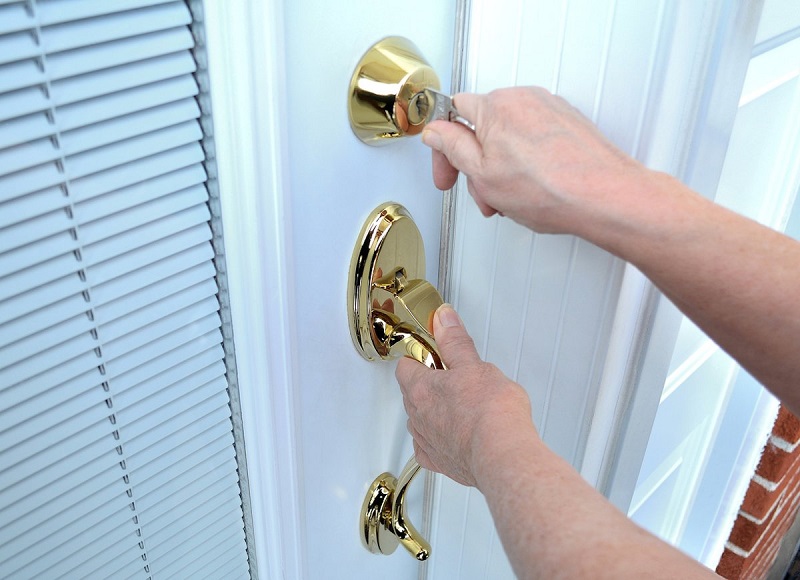 The biggest issue with Lubricating locks is that people just don’t. Many manufacturers don’t even lubricate their new locks, even more so if their buyers are overseas. Picture a company slapping some grease in a lock and then shipping it to Dubai. Within a few months that grease is going to pick up every grain of sand in the air and will clog up the lock in no time at all.

Locksmiths have long since used powdered graphite to lubricate the mechanics of locks, and if your key refuses to slide fully into the lock, you can do the same. But there is a much easier and far less expensive option than going out and buying a tube of powdered graphite for locks. All that you need is a pencil to use as a stand in door lock lubricant.

One of the biggest problems within the UK is actually WD40 and even we have been guilty of picking up a can and spraying it into a lock. It works great, well for a while at least, then the same happens above in this country as it does in Dubai. Admittedly, not quite as quickly, but WD40 does have two major problems with its consistency. One, it stays wet and will attract dirt and dust. Two, it gets thicker and clumpier as it gets older, with the grit, dust and age all mixing together… this is the ideal cocktail to jam up your lock! You tend to spray more WD40 into the lock in hope it frees it up, but all you’re doing is shifting the grit and dust around. A clumpy vicious circle (yuck!). We have in the past used a bucket of spirits to soak old padlocks and rinse them out, most of the time this cleans them enough. Now, dry them out and then use your trusty graphite dust to lubricate them.

If you have a UPVC door with a euro cylinder, there’s no problem in using WD40 in the sliding mechanism, where the bolts throw into the door. However, NOT in the cylinder where you put your key! Again, you should use a graphite dust or perhaps a silicon dry spray. Rocol is a great brand for this. The logic behind Silicon Dry Spray, is that the agent that propels the silicon forward evaporates, leaving a thin film of silicon on the moving parts. Being dry has the great advantage of not attracting dust. As always, if you’re not confident on sorting the issue yourself or the damage has gone too far, we would always recommend you seek the help of a local Leeds locksmith.