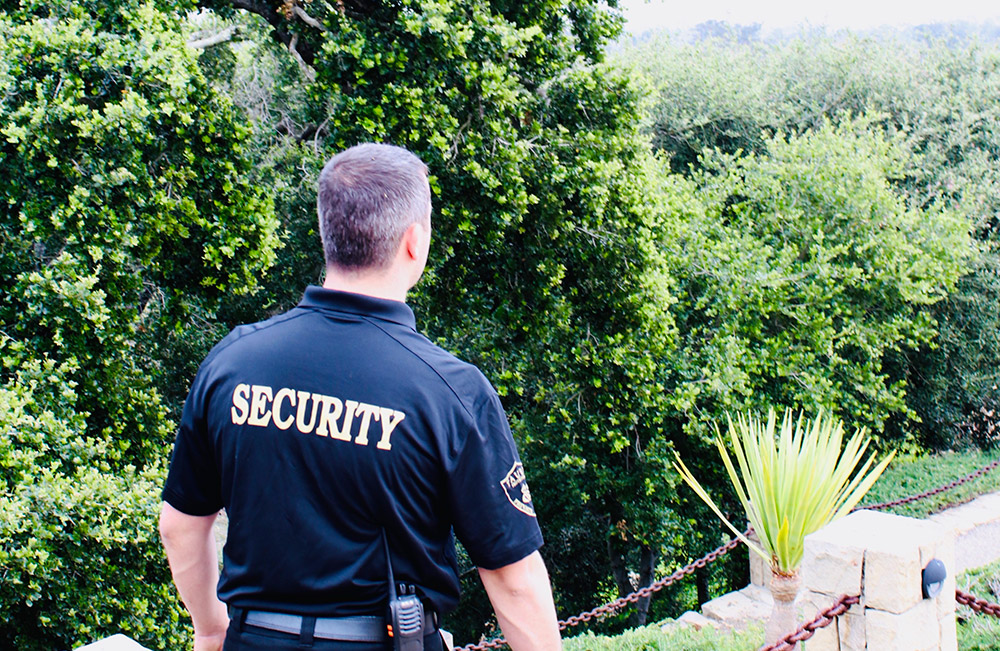 A security services make sure that you are safe, this is their priority even in a public space. It is their job to keep the places like malls, shops and office safe, where a huge number of people are accumulated at one place. They help in smooth running of the place, it is also called public welfare service in some cities. They differ from the police, as they try to prevent any crime from happening. While the police comes after the crime has happened.

The main distinction between police officers and security officers is that police officers typically get involved after an incident has already occurred. Whether it’s shoplifting, violence, or a break-in the police are called to the scene to intervene through after the trouble has already started.

Security guards, on the other hand, are there to prevent these kinds of things from happening in the first place. Their main role is not to react to crime threats without law enforcement, but to deter it just by being present. It’s less likely that criminals will target an area with an engaged, active security personnel. That said, if a crime does occur or if a problem escalates, they’re also trained to intervene until the police arrive.

If you remember that the main goal of a security service it to prevent problems from happening in the first place, their role becomes a little clearer. Here are some of the duties filled by a security service that show exactly how important and effective they are.

One of the simple things the members of a security team have to do is just be visible. This applies to mobile security guards, as well as those manning checkpoints and gates, verifying IDs at the building entrance, or watching the CCTV system. Having a security guard present who is actively on the job can be enough to prevent a crime from happening.

Most burglars, shoplifters, or vandals are deterred by the presence of a security guard but only if the security guards are vigilant. If someone wants to commit a crime and is checking out the place beforehand, finding security guards sleeping on the job, skipping security patrols, and having their backs to the CCTV isn’t going to do much to deter a crime.

In order to be effective, guards must be diligent. A good security guard sees, hears, and smells everything and can pick up on anything unusual. They can tell when a visitor is acting suspiciously, pick up on unfamiliar sounds, and even smell if there’s a gas leak.

A security guard has to respond immediately when something suspicious happens and must always be prepared to act at a moment’s notice. Obviously, not all situations require the same level of urgency; that’s why it’s also important for security personnel to make quick and accurate assessments to come back with the best response.

Most of the time, security guards can diffuse a situation either by making it known that they’re present and paying attention or by getting involved early on before things get out of hand. Sometimes, it’s as easy walking by at the right time. Other times, it may involve a little more finesse.

Even when the guard is able to get situations under control and it seems like everything has returned to normal, it’s important to remain on high alert. It’s also essential to follow the chain of command and report these issues to the right people to keep them from happening again. Usually, this involves telling the manager, reporting to a supervisor, or calling the police or emergency services as warranted.

It’s also very important that a security officer knows when it’s time to call for help in the middle of a tense situation. In the event of an armed robber or use of deadly weapons or force, the security officer’s immediate move should be to call the police. Often, getting law enforcement involved quickly can prevent property damage and even save lives.

Of course, crisis situations aren’t something that happen on a regular basis. Most of the work that a security service does is to make sure things stay safe and uneventful during day-to-day business. The kind of monitoring they do largely depend on the policies set out by management, but security guards are usually responsible for knowing who is in the building. This can be done by checking IDs, having guests and visitors sign in or get passes, and even checking employee IDs as they come into work.

Any function or gathering that involves a large group of people in the same place should have a team of security guards working together to maintain order. Whether it’s a convention, a presentation, a conference, or even a celebration, security service employees are familiar with how to identify potential problems and stop them before they start.

Security services are also called upon to advise their employers about how to avoid trouble situations. The best way to do this is to report on real-life instances that were observed and could have led to problems. If employees are lax about showing IDs or some guards don’t require visitors to sign in, it could lead to a bigger security risk. Security guards may also be called upon to give instructional lessons to staff, like what to do in case of an armed intruder or evacuation procedures in case of fire.

And remember, security work doesn’t stop because the business day ends. A lot of schools, offices, and other buildings have security guards on duty overnight to keep an eye on things and make sure nothing happens when the buildings are empty.

An Essential Part of the Team

Security guards are more than just the first line of defense; they’re part of the family. The more the staff, visitors, and customers work with the security service, the more effective they can be. Remember, security staff are not the police. They’re not supposed to be. While police usually get involved as the result of an incident, security guards are meant to stop these things from happening in the first place. They’re an integral part of the team.