How to get Bargains in Real Estate Properties

What is a bargain in a layman’s language? A bargain can be something, anything that is considered good, mostly thigs that one is able to achieve without real hard work and investment but that thing is worth the effort in the end, may be good luck in real Estate jargon. So, it is a word for good omen, for profit and successful deals.

It is true that the stability of this industry and the well managed strategies leave a little less chance for real estate bargains. In the past people had to sell their property because of urgency, or unfavorable circumstances, mostly to pay of bank debts. The other arty in such a case may have bought a property to invest, and this cycle went for long until it actually let the real estate bubble burst.

The time now has given the owner the fundamental role, it is the terms he set upon which the other party agrees. Mostly because selling property is not done under urgency and people plan out before selling their property. It has placed the owning party on a privileged position. However, for the buying it is important to understand what a true bargain is, people confuse bargains with low value or cheap property. That is not the case, a real bargain is a property that is sold in relatively low value- not because a fault but because of circumstances-as compared to other properties in the same region. Rest of the area may have a standard price but that one property happens to have considerable low value, clinching that is actually seizing a real bargain.

The job of the real estate agent is to guide you to the bargains and make sure that there is no inherent fault in the deal. Why is it that one property in the region is cheaper than the other properties? the characteristic of bargain is that it is not low value or cheap but the rice is low, you have to ask yourself that is it a true bargain or mere deception of low value property under the disguise of bargain.

Weighing out the pros and cons of a bargain is also a job of a shrewd real estate agent; it can be that the property has high value and demands remodeling. One has to gauge out the amount that will be spent in the reformation purpose and after spending that will the bargain remain bargain or will it be the same as normal deals with extra work.

The chance of Getting Real Estate bargains was high in the years 2011, 2012 and 2013 because newly built houses were a part of partially developed programs. The property had a high chance of touching sky in the matter of years. The underdeveloped project are the real hot spots for getting a bargain even today. 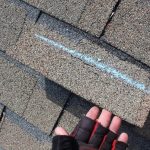 The Different Types of Roofing 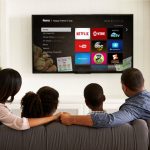 How Do You Pick the Best…